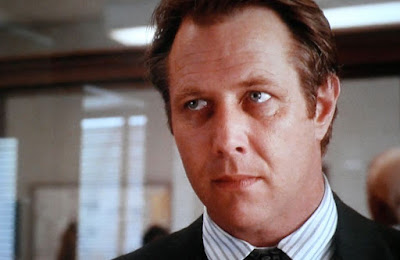 Another actor in this
series that is sadly no longer with us, J.T. Walsh had a great yet oddly unsung run
from the early ‘80s up to his death in 1998 usually playing heavies or assholes
or both. His debut in EDDIE MACON’S RUN was followed by small but significant
parts in POWER, TIN MEN, and HOUSE OF GAMES, but it was his larger role as
Robin Williams’ adversary in GOOD MORNING VIETNAM that really gave his career a
boost. 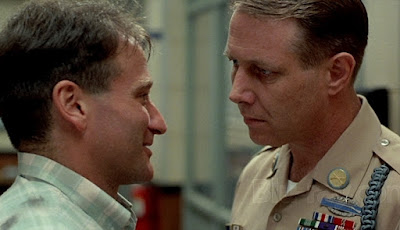 After that, Walsh became ubiquitous appearing in such major motion
pictures as TEQUILA SUNRISE, BACKDRAFT, A FEW GOOD MEN, HOFFA, NIXON, SLING
BLADE, and literally dozens of others. The year he passed (1998), he appeared in PLEASANTVILLE, THE NEGOTIATOR, and completed work on HIDDEN AGENDA, which was released posthumously in 1999. 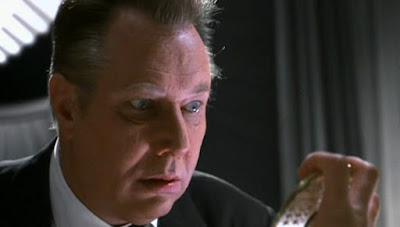 Sigh, I miss this dead-eyed bully of a guy.