Opening tonight at a multiplex near everybody: 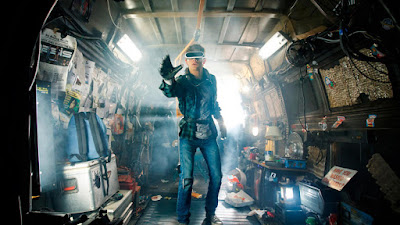 In a recent New York Times piece about maybe the most famous living filmmaker there is, Steven Spielberg, Brook Barnes wrote about how it’s been a while since the popular director’s movies have had the magic of his early work.

Barnes confronted Spielberg with the idea that the director

’s later day output has lacked the fun of films like E.T., JURASSIC PARK, and the original Indiana Jones trilogy in the ‘80s. Spielberg countered Barnes’ thesis by saying he was “always moving really fast, and I don’t look back a lot.”

But, by way of his adaptation of Ernest Cline’s 2011 young adult novel, READY PLAYER ONE, Spielberg looks back quite a bit to the era in which his movies were mega grossing must sees while video games became a big thing, synthetic pop music was the norm, and the possibilities of globally networked virtual reality were just gleams in the eyes of tech nerds.


You see, this movie is set in the future, but nearly all of its reference points are from three decades ago as that’s when one such tech nerd came of age.

’s the Steve Jobs/Steve Wozniak mash-up that is James Halliday, played by a frizzy hair wigged Mark Rylance (now a Spielberg regular as he was in BRIDGE OF SPIES and THE BFG) who created the OASIS (Ontologically Anthropocentric Sensory Immersive Simulation), a virtual reality world that most of the earth’s impoverished population in 2045 uses to escape their doomed existences.

When Halliday died, five years previous, he left a video message saying that he created a an “Easter egg” that he’s hidden inside his elaborate creation, and the first person to find it will inherit half a trillion dollars, and ownership of the OASIS itself.

So the movie’s protagonist is gunter (a combination of egg and hunter) Wade Watts (MUDD’s Tye Sheridan), going by the name Parzival in the game, who, by studying Halliday’s ‘80s obsessions figures out the first challenge involving a New York car race in which Wade’s vehicle of choice is the Delorean from BACK TO THE FUTURE.

In the overwhelmingly eye-popping sequence, Parzival has to outmaneuver a Tyrannosaurus Rex (ostensibly from JURASSIC PARK) and King Kong (looking like the 2005 Peter Jackson version), and in the process meets the girl of his dreams, another gunter named Art3mis (Olivia Cooke).

Mind you, neither Parzival nor Art3mis knows what either looks like in the real world because they’re represented by self chosen avatars in the OASIS, but there’s immediately a cute connection between them and they team up with Wade’s longtime friend Aech (Lena Waithe), and two other fellow gunters, brothers Sho (Philip Zhao), and Daito (Win Morisaki), to take on the next challenge which lands them into a dead on recreation of the Overlook Hotel from THE SHINING (it was WAR GAMES in the book, but Stanley Kubrick’s classic has a much cooler production design).

Of course, there’s an evil corporation, the IOI (Innovative Online Industries), competing with them headed by CEO Nolan Sorrento (a scenery chewing Ben Mendelsohn doing a convincing American accent), who had once worked as an underling to Halliday and his then business partner Ogden Morrow (Simon Pegg, also doing an American accent).

READY PLAYER ONE gets a bit bogged down in CGI-cluttered spectacle in its third act, but it’s such a swiftly paced, wild ride that so consistently pops through each of its shiny setpieces that that doesn’t mar it too much. Sheridan and Cooke’s budding romance gets a bit cheesy at times (a disco dance set to “Stayin’ Alive” I could’ve done without), but they still work as characters that audiences will want to root for.

Many cynics will no doubt decry this film as pop culture pandering, but if you don’t think about it too deeply, it’s a highly entertaining sci-fi fantasy pic that’s somehow post modern, and old fashioned feeling at the same time.

Since I, like many of my age (late 40s) grew up on the filmmaker’s crowd-pleasing, high grossing work when we were kids first learning what movie magic is, it’s great to have fun Spielberg back. 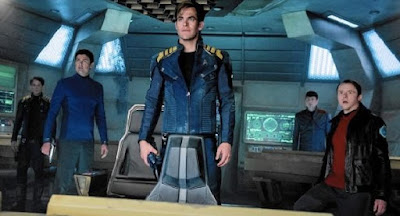 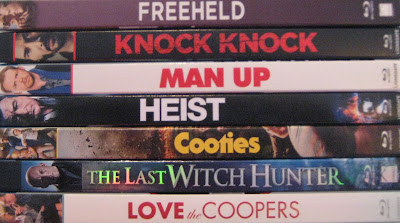