Now playing at theaters, surprisingly mostly multiplexes, near me:

BATTLE OF THE SEXES 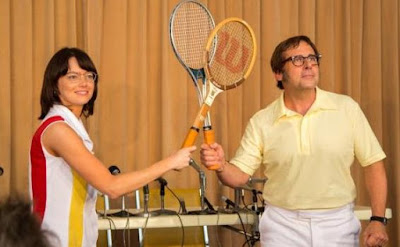 This is the time of year that we get movies like this. Star-studded dramatic re-tellings of historical or quasi historical events packaged as prestige pictures or, to use a more accurate term, Oscar-bait.

King, who was 29 at the time, was challenged by the 55-year old Riggs, shortly after striking out on her own tennis tournament and union just for women after disagreements with the US Lawn Tennis Association about equal pay. Timely, huh?

The film juggles three strands – it’s the story of Carrell as the washed-up, compulsive gambler Riggs trying to get back on top, it’s the story of Stone’s King having an affair with a hairdresser (Andrea Riseborough) to the chagrin of her husband (Austin Stowell), and it’s the story of sexism in the burgeoning era of feminism.

But as promisingly rich as those elements initially appear, they only brush up against each other and fail to help form a compelling narrative. King is depicted as a driven, focused player; Riggs a goofy self-promoter, but they never clash in any impactful manner. There’s a lot of lip service given to the theme of women overcoming the idea that they’re the weaker sex, but the film lacks the passion to fully engage with its premise.

That’s perhaps, as with other recent true story prestige pictures such as SULLY, and LION there’s only really 20-30 minutes of story here. This results in long draggy stretches with little juice. Stone’s former Broadway co-star Alan Cummings comes in to add some sass to the project, but as much as I liked the mini-“Caberet” re-union, his role as a smirking fashion designer feels contrived (especially in his final lines) even though it’s based on a real person.

But I’m hesitant to blame writer Simon Beaufoy because he has had better experience with adapting true stories (127 HOURS, EVEREST, his Oscar-winning screenplay for SLUMDOG MILLIONAIRE) before. The responsibility falls on Dayton and Faris for their lightweight and overly conventional approach to this material.

I think this movie would be an excellent segment of the Comedy Central show, Drunk History, with the same cast. If you haven’t seen the show, it involves celebrities (usually comedians) being filming while getting intoxicated and recounting historical events. For example, one episode features sloshed comic actor Steve Berg explaining the behind-the-scenes making of CITIZEN KANE, while in black and white recreations, Jack Black plays Orson Welles, and John Lithgow as William Randolph Hearst, act the scenes out, even lip-synching Berg’s quotes.

The fact that several comic actors – Sarah Silverman, Fred Armisen, and Chris Parnell (all SNL alumni) – appear in supporting parts, and the film is most lively when it goes for a laugh, makes me wish for a Drunk History version even more.

As it is, despite some invested acting by Carrell and Stone, BATTLE OF THE SEXES is a bland, formulaic trip through dated clichés and the expected tropes of a period piece soundtrack (bad timing including Elton John’s “Rocket Man” for obvious reasons), and the obligatory photos of the real people at the end. It’s a well-intentioned, and relatively well-made drama, but it’ll most likely be forgotten by the time the awards season comes around.

Also, while the concept of a hyped-up tennis exhibition helping to change things is an intriguing premise, when it comes to the climax of the match itself, the realization that tennis is among the least cinematic of sports is hard to escape.

And that’s even when the stakes were as high as they supposedly were in September of 1973 at the Houston Astrodome in an event that was watched on T.V. by millions of people. 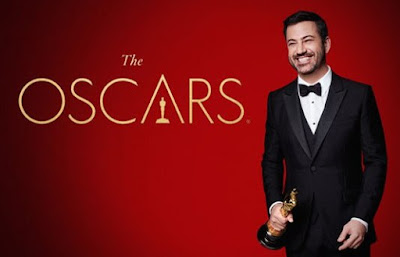 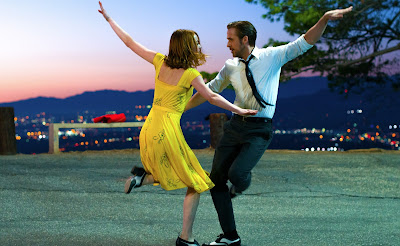