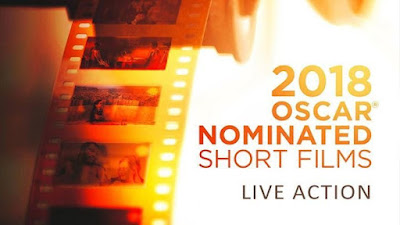 The 90th Academy Awards® ceremony is in less than two weeks so it’s a good time to catch up with the nominated Short Films that are playing at various theaters near me in separate programs of the Live Action, Animated, and Documentary nominees.

The five Live Action Short Films are a fairly dark lot, with one comical exception, but even that one has a dark edge to it. The first short in the program, Reed Van Dyk’s DEKALB ELEMENTARY, concerns a school shooting so it’s impossible to not think about the Parkland, Florida school shooting last week. 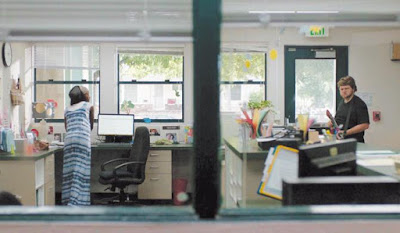 Writer/director Van Dyk, based the film on a recording of a 911 phone call from 2013 that was placed during a school shooting incident in Atlanta, Georgia.

Bo Mitchell plays the young gunman who takes a front-office administrator (Cassandra Rice) hostage in the school’s front office, but she calmly handles and diffuses the situation. The 20 minute film is full of unpleasant tension and can be hard to watch, so much so that there have been reported walk-outs at showings.

But if you can make it through, the acting by Mitchell and especially Rice is effective, and the spare scene feels chillingly real. Maybe the timing is bad for this short, but when would be a good time for this subject? I really can’t decide if its timeliness will work for or against it when it comes to Academy voters.

Onto the aforementioned comical short of the batch, Derin Seale’s THE ELEVEN O’CLOCK. This 13-minute Australian film concerns a therapy session between a psychiatrist and a patient who thinks he’s a psychiatrist. 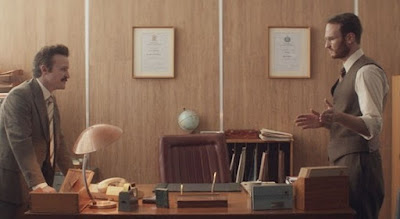 Josh Lawson, who wrote and produced, stars with Damon Herriman as the two men who get into a verbal then a bit violent battle over who’s the patient and who’s the doctor that echoes Monty Python (that’s because it’s based on a sketch from the heavily Python-influenced BBC series A Bit of Fry & Laurie).

It’s an amusing 13 minute trifle, but it has an ending that most people won’t be surprised by, so I really wouldn’t bet on it to win this category.

After that light diversion, we’re back into the darkness with Kevin Wilson Jr.’s MY NEPHEW EMMETT, which dramatizes the last night in the life of Emmett Till, an African-American teenager who was lynched in Mississippi in 1955. 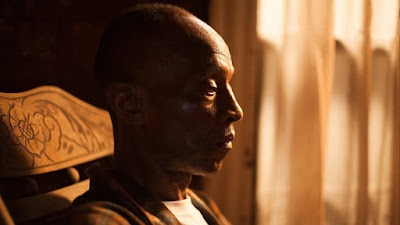 Director Wilson Jr., who also wrote the short, shoots the incident from the perspective of Till’s uncle, Mose Wright (L.B. Williams), who has to stand by with his wife (Jasmine Guy) in the middle of the night when two white men (Dane Rhodes and Ethan Leavertonwith guns abduct Till from their home, and take him off to be murdered.

As one of the racist abductors, Rhodes is intensely sinister as he threateningly spouts the n-word and drops f-bombs at Williams’ Mose making this another short that’s hard to watch at times, and also feels sadly timely.

The nearly 20 minute historical drama will definitely get some voters sympathy, but I doubt it’ll get the gold.

Chris Overton and Rachel Shenton’s THE SILENT CHILD doesn’t involve murder or guns, but it has a dark undertone. It concerns a deaf six-year old named Libby (Maisie Sly), who is taught sign language by Joanne, a caring social worker (Shenton). 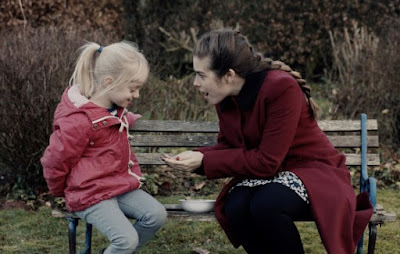 Libby and Joanne develop an affecting bond, but Libby’s dreadful mother (Rachel Fielding) says she’s worried about her daughter “learning this language that I don’t know and no one in her school will know,” and cancels Libby’s sessions with Joanne.

Despite it ending like a Public Service Announcement for deaf awareness, Overton and Shenton’s 20 minute short is a poignant, and heartbreakingly sad drama that makes a strong case for its subject. I’m not feeling a win for it on Oscar night, but I won’t be unsatisfied if it does.

Finally, the most cinematic of this roster of the Live Action Shorts, Katja Benrath and Tobias Rosen’s WATU WOTE (Swahili for ALL OF US), which takes place in the border region between Kenya and Somalia where, as the opening titles tell us, “the atmosphere of anxiety and mistrust between Muslims and Christians is growing.” 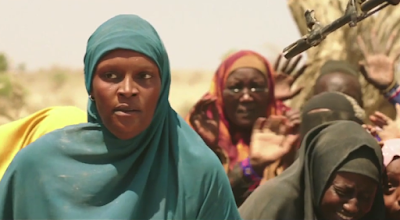 Based on the true story of the Mandera bus attack by Al Shabaab terrorists in December 2015, the 22-minute film * stars Adelyne Wairimu as a young woman named Jua, a Kenyan Christian who has to contend with a bus full of Muslims on a trip to visit her sick mother.

When the bus is ambushed by the terrorists, Jua and the other passengers are commanded at gunpoint by their leader (Faysal Ahmed) to point out the Christians, who they call infidels. This results in a jarring, but powerful moment, which got to me more than anything in the other competing films.

I may feel differently closer to the Oscars® (I’m posting my predictions a few days before the broadcast), but right now I’m thinking this beautifully-shot short about people of different beliefs protecting one another is the one to beat.

* All of the Live Action Shorts this year are around 20 minutes in length, except, unsurprisingly, the lone comic one, THE ELEVEN O’CLOCK.