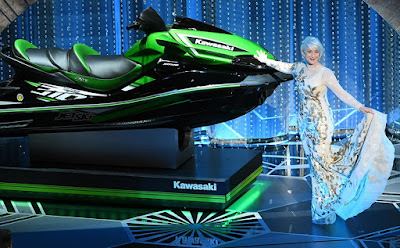 “For those who say we’re all out-of-touch Hollywood elites – I’ll have you know that each of the 45 million Swarovski crystals on this stage tonight represents humility.”

I spent last night at the Rialto Theatre in Raleigh watching the 90th Academy Awards broadcast and enjoyed the show a lot more than the last several years.

It felt like there was more of a purpose to the proceedings this time largely via moments like Frances McDormand’s impassioned speech, Emma Stone saying that “four males and Greta Gerwig” were up for Best Director, Daniela Vega being the first openly trans actress, Tiffany Haddish and Maya Rudolph joking about #oscarsowhite controversy from a few years back, and rapper Common calling out President Trump: “A president that chose with hate/He don’t control our fate/Because god is great/ When they go low we stay in the heights/I stand for peace, love and women’s rights.”

Jimmy Kimmel did a good job as host touching on some of the same topics, and I liked his bit about giving away a jet ski to the Osacr winner who makes the shortest speech (see Helen Mirren showing it off above).

Anyway, I had my best score in years as I bested the last two Oscars (at least by one) with a tally of 17 out of 24. Here’s the ones I got wrong:

BEST
PICTURE: My prediction: GET
OUT / What won: THE SHAPE OF WATER

While I got wrong that Jordan Peel’s excellent film would win the big one, I was right that he’d win for Best Screenplay – another great moment as he’s the first African American to do so. 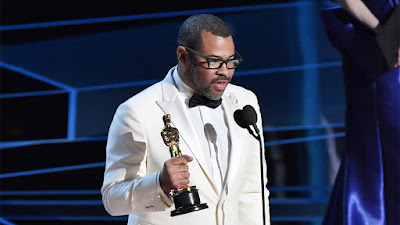 BEST DOCUMENTARY SHORT: My prediction: EDDIE+EDITH / What won:
HEAVEN IS A TRAFFIC JAM ON THE 405

BEST VISUAL EFFECTS:  My prediction: WAR FOR THE PLANET OF THE APES / What won: BLADE RUNNER 2049


I really didn’t expect BLADE RUNNER 2049 to win more than one Oscar (it won for Best Visual Effects, and Best Cinematography). I predicted Roger Deakins would win for his masterful work on BR 2049, and was happy that after over a dozen nominations over the years that it finally happened.

ORIGINAL SONG: My prediction: “This Is Me”
from THE GREATEST SHOWMAN (Justin
Paul & Benj Pasek) / What won: “Remember Me” from COCO


Lastly I was disappointed that the In Memorium segment left out John Mahoney, Robert Guillaume, Tobe Hooper, Powers Boothe, Adam West, and Tom Petty (sure Eddie Vedder covering Petty’s “A Room at the Top” worked as a tribute, but I would’ve loved seeing a clip of Petty in THE POSTMAN in the montage).


Okay! That’s it for this year. As I’ve said before, now back to watching movies for fun and not for sport.