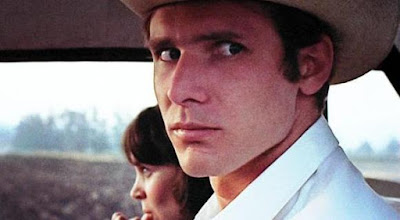 After reprising his iconic roles as Han Solo in the STAR WARS series in 2015, Rick Deckard in the BLADE RUNNER franchise last year, and following news that he’ll don the Fedora for a fifth INDIANA JONES film in 2019, and another turn as CIA agent Jack Ryan for an upcoming series for Netflix later that year, Harrison Ford is set to resurrect another classic character in the newly announced FALFA: AN AMERICAN GRAFFITI STORY, set for summer 2020.

Ford previously portrayed the cocky street racer, Bob Falfa, in George Lucas’ seminal early-‘60s-set 1973 comedy AMERICAN GRAFFITI, Bill L. Norton’s 1979 follow-up MORE AMERICAN GRAFFITI, in which we learn that Falfa became a hippy-hating San Francisco cop in the late ‘60s; and in the hit 2016 reboot, Darren Aronofsky’s STILL MORE AMERICAN GRAFFITI, which caught up with most of the original cast in a scenario set around the events of 9/11.

But in the first stand alone film in the rebooted series, FALFA: AN AMERICAN GRAFFITI STORY, the focus is on the elder Falfa’s life as a cranky curmudgeon who learns to love life again in a tale that its director Denis Villeneuve describes as a “mixture of ‘A Christmas Story’ crossed with GRAN TORINO.”

AMERICAN GRAFFITI regulars Candy Clark, Richard Dreyfuss, Charles Martin Smith, Bo Hopkins, and Cindy Williams are in talks to be included in cameo roles, and although Ron Howard’s character, Steve Bolander, died in the 2016 AMERICAN GRAFFITI reboot, there are rumors that he may still appear in poignant flashbacks, or at least as narrator a la Arrested Development.

At a panel for BLADE RUNNER 2049 at Comic Con last year, Ford was asked by a fan if he planned to reboot every single franchise that he’s ever starred in. Ford swiftly answered, “You bet your ass!” Going by this new announcement that Falfa will live to race another day, the 75-year old actor apparently wasn’t just having a laugh.