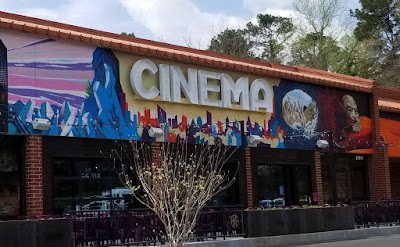 Today I was among a group of local media folks who were invited to check out the new Alamo Drafthouse Cinema, which is opening later this month on New Bern Avenue, in Raleigh.


The announcement on the invite succinctly stated, “Alamo has a rabid cult following within the film
community and Raleigh locals campaigned for years for this to be the first NC
location (the 29th for the Austin, TX based company).”


Being a big film fan, and film theater fan, I’ve been very aware of the Alamo’s reputation for a long time so I was really looking forward to seeing the 11-screen complex, and it didn’t disappoint.

Check out some pictures (click on them for larger images): 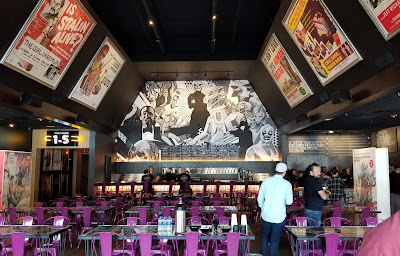 A long bar with over 40 local draft beers on tap! 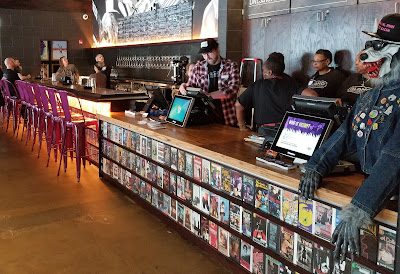 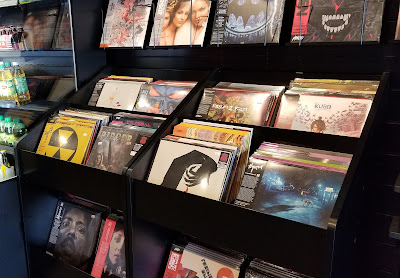 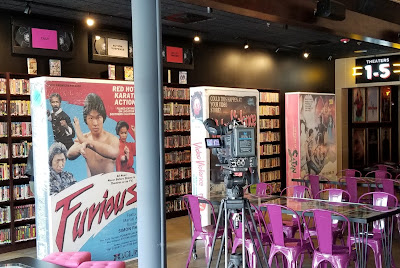 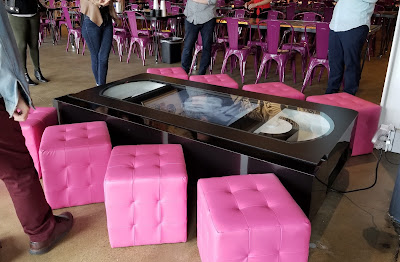 The VHS tape imagery highlights the most surprising feature of this Alamo location: Video Vortex, a video store that will rent DVDs, Blu-rays, and rare VHS titles, many of which have never made the transfer to DVD. If you don’t have a VCR, or DVD or Blu ray player, they’ll rent that to you too. And here’s the kicker: the rentals are free.

And here’s some of the Alamo’s vast inventory of DVDs and Blu rays (the horror section to be exact): 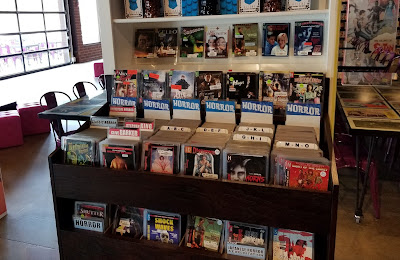 I chatted with Alamo founder/CEO Tim League about the idea of offering free movie rentals, and he said it was an experimental concept, and that there will still be late fees as “half the revenue of a video store is late fees.”


League went on to say that the video store is a “Re-imagining of it. We’ve got the retail and the bar – I’m thinking that this would be a cool place where you’d just want to hang out – you’re surrounded by movies, we’ve got movie fans coming in and out so maybe you’d make an impulse buy or rent.”


We also got a treat in seeing the first by invite presentation of this Alamo’s 35 mm system via a vintage trailer for SECRET OF MAGIC ISLAND, which League said was one of his all-time favorite trailers.


So that was my first visit of what I bet will be many to the Raleigh’s new venue/hang out spot, the Alamo Drafthouse Cinema. Thanks to the fine people who invited me to see it, and were so nice to meet and chat with. Oh, and the food they served us was great too. Here’s a picture of some of it: 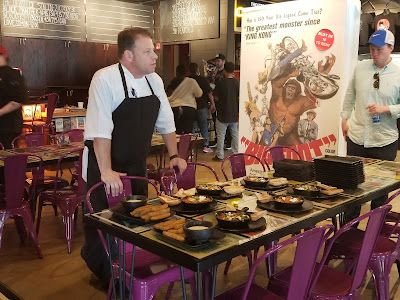 As to when exactly the theater is opening, nobody specified a date but I was told that they will be up and running when AVENGERS: INFINITY WAR comes out on April 26.