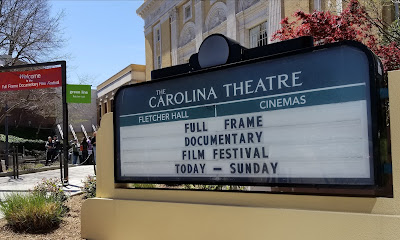 It’s the beginning of 21st Annual Full Frame Documentary Film Festival, which runs Thursday, April 5, through Sunday, April 8, in Durham at the Carolina Theatre and a handful of other venues in downtown Durham. And it’s my 11th year covering the Festival for Film Babble Blog so I’m pysched to yet again see what films I can out of the over 100 docs that are showing over the next four days.


Erika Cohn’s THE JUDGE, a compelling biodoc of the first woman in Islamic history to become a judge, kicked off the Fest in Fletcher Hall (the biggest venue used by Full Frame as it has 1,048 seats). 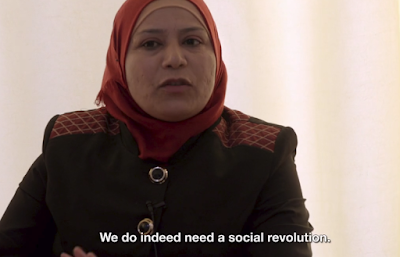 The film introduces us to Palestinian Kholoud Al-Faqih, who was appointed to a Shari’a court in the Middle East in 2009, after working for nearly a decade as a lawyer fighting for women’s rights.


Early on, Al-Faqih stresses that “the problem is that women don’t know their rights,” and we see her attempt to remedy that through how she rules on cases of domestic violence. Al-Faqih faces a lot of opposition as women are the marginalized parties in Shari’a courts, and men in power, like one who issues a Fatawa against her, and a Chief justice who temporarily suppresses her role by removing all litigation from the small courts, but she perseveres while opening the door for the appointments of more women to higher positions.


Al-Faqih’s father is proud, saying that, God willing, she could even be President of the State of Palestine someday. He exclaims, “Look at Hillary Clinton!” Okay, that’s a bad example, but one that says a lot because, yeah, it’s great that the Arab world is allowing women to take on more important roles, but we all still all have a long ass way to go.


My next film was Lauren Greenfield’s GENERATION WEALTH. 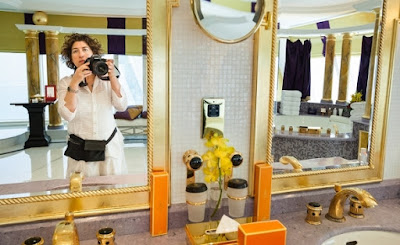 Greenfield, a photojournalist/documentarian, previously got acclaim for her 2010 doc THE QUEEN OF VERSAILLES, which this film touches on as the same theme of the crazy indulgences of the rich are shared, but this time, Greenfield digs deeper into her examination of how the quest for money and fame can really screw people up.


The film, which is stuffed with hundreds of Greenfield’s stunning photographs, is also autobiographical as it covers the last 25 years of her career, in which she has extensively chronicled the lives of the one percent, and the people who desperately want to be in the one percent. Greenfield explores the stories of such subjects as former porn actress Kacey Jordan, who had a brush with fame via an expensive fling with Charlie Sheen, six-year-old “Toddlers and Tiaras” star Eden Wood, German hedge fund manager Florian Homm, plastic surgery addict Cathy Grant, as well as including some quality time with her husband and kids.


GENERATION WEALTH, a companion to Greenfield’s big coffee table book of the same name is a funny, bling-filled visual essay on excess that doesn’t need images and footage of the Kardashians and Trump to make its points, but they so fall in line with her thesis on excess that it would be kind of weird of they were excluded.


The Opening Night film for Full Frame is usually a very prestigious production, and this year’s is not exception: Julie Cohen and Betsy West’s RBG, a biodoc of Justice Ruth Bader Ginsburg. 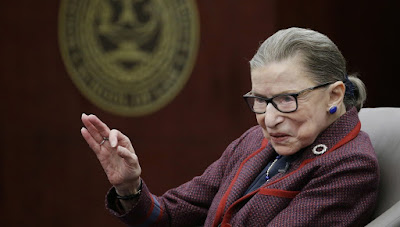 The audience was primed for it, and when Ginsburg recited a quote by19th-century abolitionists/feminist Sarah Grimké: “All I ask of our brethren is that they take their feet off our necks,” they applauded like they were watching a ROCKY movie.


Justice Ginsburg allowed Cohen and West a lot of access, sitting down with them for extensive interviews, sharing her archives (her reading a letter from her husband, Marty, on his deathbed is one of many emotional moments here), and even letting them film her reaction to Kate McKinnon’s silly SNL impression (she has a giggle fit).

We learn about the esteemed jurist’s landmark cases largely involving gender equality, her two bouts with cancer during which she didn’t miss a day on the bench, and what she thinks about her nickname “The Notorious RBG” (she said that she didn’t mind it as she and the rapper Notorious BIG are a lot a like; “We were both born and bred in Brooklyn, New York”).

A powerful, uplifting, and terrifically insightful portrait of possibly one of the most influential women in modern history, one who definitely deserves her iconic status that millions of memes, t-shirts, and even tattoos can attest to, RBG is a bonafide crowd pleaser – judging from the copious amount of applause and laughter, it may be the biggest crowd pleaser I’ve ever seen at Full Frame.

So with those fine films, all three made by women I might add, that was a great first day of Full Frame 2018. Tomorrow, I size up docs about legendary director Hal Ashby, Studio 54, and fake news, whatever that is.