Earlier this month I posted about The Colony Theater’s closing and asked for folks to send in their stories about their experiences at the venue. I’ve only posted one so far – Brian Hill’s amusing story about seeing PULP FICTION at the Colony back in ’94 – but for this installment I’ve got several that were sent in by Anthony Rhodes, a friend who I used to work with at the theater several years ago. 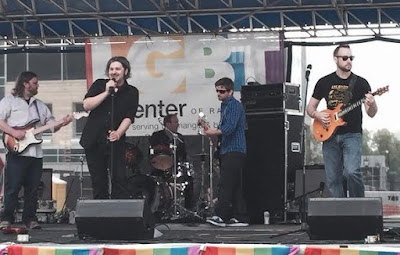 Anthony, who is the front man for the Raleigh band Army of Dog (pictured above), worked at the Colony from December 2006 – March 2011.

First up, Anthony recalls how he got his job at the theater:

“I’m a musician. I used to be an aspiring writer. I never got anything published. I wasn’t terribly good at writing. I’m better at music, I guess – I’ve had some marginal success in that world, at least. But some friends and I put out a literary journal back in 2006. It was mostly local writers, and we were proud of it. We even managed to get Quail Ridge Books to put our journal on their shelves.

Shortly after that, we created a MySpace page. And the very first friend request we got from from The Colony Theater. We of course accepted it.

A couple weeks before that, I’d fallen on hard times and I was looking for a second job. And because of that MySpace request, I messaged the theater through the literary journal page on MySpace. I asked if they had any openings.

The Colony Theater MySpace account messaged me back, and offered me a job. It was from the general manager – he was the one who’d bought our literary journal, and he’d liked it enough to send us a friend request. And that’s how I came to work at The Colony.”

This story Anthony calls “I Guess You Didn’t Realize”:

“The register wasn’t a register – it was a cash drawer, and we all had to do the math in our heads. Us employees – we had just about every price of every possible combination of everything, and the resulting change you were owed, memorized in our heads.

Unless you paid with a $50 dollar bill. Because nobody ever did that. But sometimes, people did.

People are used to handing you money and immediately getting their tickets or concessions, without pause. If as a patron, you hand us a $50 dollar bill, we didn’t have that memorized, and we had to think for a moment.

One night, such a patron handed me a $50 dollar bill when his total was going to be $16. So I took a moment to think about what his change would be, instead of immediately knowing it, had he handed me a $20 dollar bill.

He became impatient, very quickly. And he started yelling numbers at me – a counterproductive thing to do when someone is doing math in their head.

And he totally messed up my internal math, and I got it wrong. He yelled at me for it, but I quickly corrected the error, and I gave him correct change. He told me I was a fucking moron, and gave me the finger.

And so as he came inside, I found myself also taking his concession order. He seemed surprised.

He looked a bit sheepish and ordered his concessions. He later came out of the movie and apologized to me, got a refill on his popcorn, and left a generous $5 in the tip jar.”

Anthony’s next recollection concerns when Godfrey Cheshire’s MOVING MIDWAY premiered at the Colony in 2007: 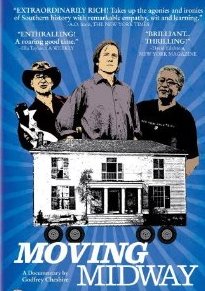 “In 2007 the theater hosted the premiere of the award winning documentary, MOVING MIDWAY.

The cinematographer/co-producer was present, and he was a very nice guy. We’re used to premieres like this, and often, the people behind the movie acted very entitled and aloof and treated us employees like shit. Not this guy.

He told us about his movie and answered our questions, and we talked about other movies, and other things in general.

A few months later, my Uncle Charlie died. At the graveside service, I stood a ways back, just taking it all in. A man walked up to me. He said ‘you look familiar.’ I told him he did too. I asked him his name. He said ‘I’m Jay Spain.’

I told him it didn’t ring a bell. He said he was in movies, and I asked him to name a couple as I worked at a theater – maybe our paths had crossed.

He said he produced MOVING MIDWAY. But he didn’t want to make that a thing. He was just there to pay his respects to his Uncle Charlie. My Uncle Charlie.

Jay Spain and I are cousins, and we’re still in touch now all these years later. Because of The Colony Theater and our Uncle Charlie.”

Finally, Anthony has a anecdote that he dubbs “My Dark Passenger”: 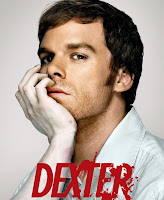 “For my five year run at the Colony, my shifts were Wednesday nights, Friday nights and Sunday afternoon. I loved working there, and I never took a shift off.

But one Christmas, after I’d been there about three years, my wife wanted to visit her family in Georgia, so I asked for the weekend off, and I was granted that.

My wife and I ended up coming back a day early, and I could have worked my normal Sunday shift. But I’d already gotten it off, and it was already covered, and not only that, I’d bought her the first season of Dexter for Christmas, so we decided I’d just stay home, and we’d watch that, instead.

Meanwhile at the theater, the first day I’d ever taken off, Michael C. Hall and his wife at the time (his sister Deborah on the show) – they came to the theater. While I was two minutes away at my house, watching the first season at home with my wife.

Be like Anthony! Send in your stories about the Colony to boopbloop7@gmail.com or message them to me on Facebook.