Opening today from here to across the universe: 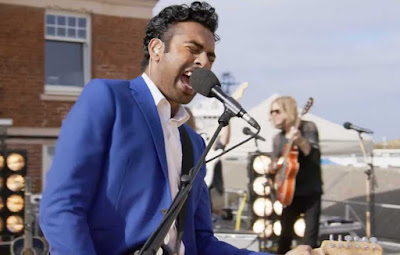 Danny Boyle’s 13th full length feature has a very juicy premise. Imagine (sorry) a world in which the Beatles never existed. Well, that’s what happens when aspiring British Indian musician Jack Malik, played by the invested but maybe a bit too wide-eyed Himesh Patel (The Eastenders) gets hit by a bus while riding his bike, at the same moment that there’s a fantastical global blackout.

Shortly after he wakes up in a hospital with two teeth missing, he finds out that nobody knows any of the music of the Fab Four, and even think that their most famous song, “Yesterday,” is his own composition.

Jack’s manager, Ellie, played by Lily James (BABY DRIVER, DARKEST HOUR) gets him gigs in which to premiere the unknown tunes, but they don’t take off until they meet a producer named Gavin (Alexander Arnold). Gavin records some of Jack’s stolen songs at his studio named “Tracks on the Tracks” because it’s located by the railroad tracks.

Before long, it seems that the entire world knows the Beatles’ work as performed by Jack, with pop superstar Ed Sheeran (playing himself in an extended cameo), and dollars-in-her-eyes talent agent Debra Hammer (SNL’s Kate McKinnon) paying particular attention.

But Malik’s guilt increases the more songs he puts out there (Patel performs many classic John Lennon, Paul McCartney, and George Harrison standards including “The Long and Winding Road,” “Back in the U.S.S.R.,” “Help,” and “Hey Jude,” which Sheeran wants to change to “Hey Dude”).

YESTERDAY also features a rom com element as Jack pines for Ellie, but she is frustrated by having waited a decade for him to make his move. They are a cute couple, and the film is cute itself – perhaps a bit too cutesy. It’s not without its charms, but Jack Curtis’ screenplay, from a story by Jack Barth, is padded instead of fleshed out and the last half hour doesn’t seem to know where to go with its story. It also contains an ending that’s too pat, with the resolution being less that satisfying

Boyle does his best to compensate for these shortcomings with a lot of flash such as locations’ names are shown in giant colorful letters that float through the air, and there’s a fantasy sequence in which Jack sees images of his fame, and impact. He almost makes it all work, but despite all the good lines, valid laughs, and likable performances – both of the acting and music – YESTERDAY is extremely watchable yet still a throwaway.

Yet, it’s touching that Boyle and company would make a movie with the message that the Beatles’ brilliance would shine even in a world devoid of their presence. Even if in the end, the love they make isn’t equal to the love they faked.

More later…
Now playing at a multiplex near you: 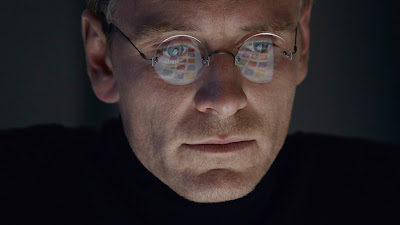