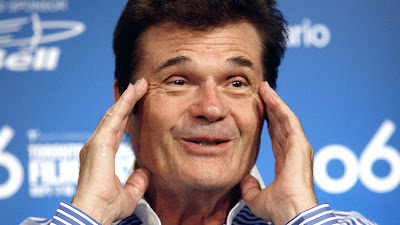 Last weekend, comedy great, and lovable goofball, Fred Willard passed away at the age of 86.

Willard, who specialized in playing characters that were oblivious doofuses, was a reliably hilarious presence in many TV shows and movies including Fernwood 2 Night, Real People, The History of White People in America, ROXANNE, Roseanne, King of the Hill, Everybody Loves Raymond (three Emmy nominations), ANCHORMAN, Modern Family (one Emmy nomination), WALL-E and, oddly, The Bold and the Beautiful (a Daytime Emmy win).

That is an extremely incomplete overview of his rich career (go to IMDb for his complete credits and you’ll scroll on and on), especially since I was saving for now his wonderful run in the seminal series of Christopher Guest comedies WAITING FOR GUFFMAN (1996), BEST IN SHOW (2000), A MIGHTY WIND (2003), and FOR YOUR CONSIDERATION (2003), and MASCOTS (2016).

Although it was a Rob Reiner film, I consider THIS IS SPINAL TAP (1984) to be the first of these largely improvised films as it features a number of the cast members that would appear in one of more of the later movies - Guest, Michael McKean, Harry Shearer, Ed Begley Jr., Paul Benedict, and Willard.

From his role as Jerry Hubbard (his doltish Ed McMahon to Martin Mull’s Johnny Carson – the smarmy AF Barth Gimble) on the ‘70s talk show spoof Fernwood 2 Night (later changed to America 2-Night), in would be easy to assume that Willard was a straight man in these films. This is untrue as you can see in this clip from SPINAL TAP in which he steals the movie from its stars as Lt. Bob Hookstratten:


Willard has less than two minutes of screen-time in the comedy classic, but that was just enough for him to make a mark while Spinal Tap themselves fall into the background. In a way, despite that they said very little, his co-stars in that scene are his straight men.

Willard had a much larger role in WAITING FOR GUFFMAN as Ron Albertson, a travel agent who’s never left his hometown of Blaine. Willard’s Ron is an aspiring entertainer along with his wife Sheila, and in a great scene they encounter Eugene Levy as Dr. Allen Pearl, also an amateur performer in line to audition for a show put on by director Corky St. Clair (Guest).

Showing off his improv skills, Willard quickly fires off a string of wisecracks aimed at Levy’s dental profession: “Give it your best shot. It won’t be the first shot you ever gave - hope it doesn’t leave Corky numb like most of us - it’s like pulling teeth to get a discount from him - hey, why don’t you give some caramels to the little girl - future customers, Doc!” During this bit on the DVD commentary, Guest and Levy talk about being very impressed with this run. 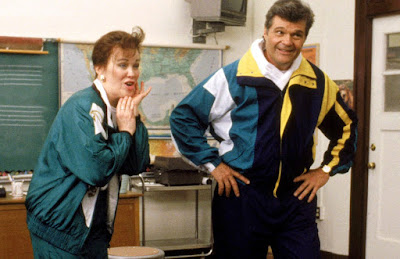 “I had no choice but to let go and surrender to Fred’s will - to the point of letting him talk me into wearing those sad, unattractive track suits in our audition scene when I just wanted to look good for one second in the movie. I couldn’t say no.” - Catherine O’Hara

Willard’s next performance in a Guest film is one of his most memorable, dog show announcer Buck Laughlin in BEST IN SHOW.

Buck doesn’t appear until 45 minutes into the film, but once he appears he all but takes over the movie with such screwy color commentary as “I went to one of those obedience places once... it was all going well until they spilled hot candle wax on my private parts,” and “to think that in some countries these dogs are eaten.”

Even though Willard’s part in A MIGHTY WIND was much smaller, but again he stole the show. He played the bleached blond manager of The New Main Street Singers, who once appeared in a sitcom called Wha

’ Happened? I’ll let him tell you the story:


Not being a regular viewer, I was unaware the Willard made a lot of appearances on Jimmy Kimmel Live!. Kimmel paid homage to the man earlier this week and presented a montage of Willard’s work on the program which you can watch here, and a second segment in which
Willard’s celebrity friends share memories of working with him.

To get a great sense of Willard’s comic talent and as just a friendly guy you would want to hang with, I highly recommend this compilation of his guest shots on Late Night with Letterman, and The Late Show with David Letterman from 1982-2007:


There are way too many great moments in the career of Mr. Willard to recount here – these are just a few of my favorites. I’ll leave you with this achievement that I haven’t seen mentioned in many obits: Willard was the one and only live action actor to appear in a Pixar movie. He played Shelby Forthright, the CEO of the Buy-N-Large Corporation, in WALL-E (2008). 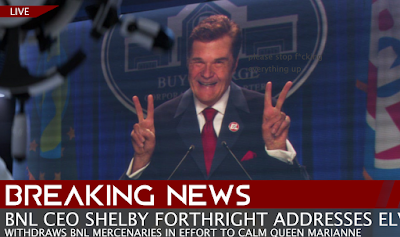