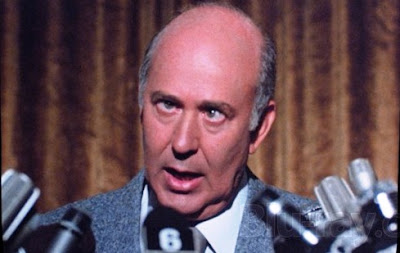 Yesterday, after the word spread online that comedy legend Carl Reiner had passed, it was very moving to see many people post tributes via photos, classic clips, and memories of the actor/writer/director. Reiner’s colossal career touched many people and it was interesting to see what works that people knew him from best.
For me, it’s an amalgam of his highlights. My introduction to the man came from four classic comedies he made with then up and coming comedian Steve Martin: THE JERK, DEAD MEN DON’T WEAR PLAID, THE MAN WITH TWO BRAINS, and ALL OF ME. Reiner, who I think I only knew as Rob Reiner’s father (Rob, I think I only knew as “Meathead” from All in the Family as he yet to make his directorial debut with THIS IS SPINAL TAP), appeared in cameos in two of Martin’s movies – in THE JERK, he was credited as “Carl Reiner, The Celebrity,” and in THE MAN WITH TWO BRAINS he played a Nazi, Field Marshall VonKluck. 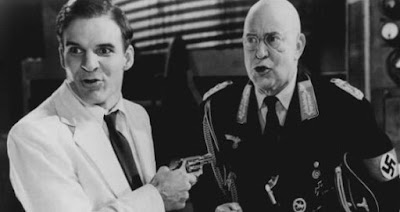 But my real education into Reiner’s comedic genius came from reruns of The Dick Van Dyke Show I watched in the mid ‘80s. Reiner created the show, originally as a vehicle for himself as comedy writer Ken Levine (M*A*S*H, Cheers, Frazier, The Simpsons, Everybody Loves Raymond) put it in his RIP post on his blog yesterday:

“He wrote the first 13 episodes on spec. A pilot was even filmed. It didn’t get on the air. Producer Sheldon Leonard told him the project had tremendous potential except for one thing - Carl was wrong for the part. How many actor/writers would be insulted and just junk the project? Not Carl Reiner. Not only did he agree to recast his part, but he even named the show after the actor who replaced him. That’s humility.”

Much of The Dick Van Dyke Show focused on Van Dyke’s character Rob Petrie working as a writer on the fictional TV show The Alan Brady Show. Reiner played Brady, the blustery and vain host who would often stress out his staff. In one extremely memorable episode, Petrie’s wife Laura (Mary Tyler Moore) let it slip on live television that Brady wore a toupee, and was summoned to her husband’s boss’s office:

This hilarious scene, from the fifth season episode “Coast to Coast Big Mouth” is considered a classic TV moment of the era, and was one of the bits that a lot of people posted in tribute in the last day.

The Dick Van Dyke Show was largely based on Reiner’s experiences working as a writer on Your Show of Shows starring Sid Caesar and Imogene Coca. This wasn’t in syndication (at least where I lived) when I was kid, but its legacy was well known, and later I caught up with a fair amount of its material through clips on Comedy Central.

In 1950, Reiner met Mel Brooks on Your Show of Shows, and the duo would be best friends for the next 70 years. Brooks and Reiner created a sketch involving a 2000-year old man (Brooks), being interviewed by a reporter (Reiner). The improvised bit spawned five 2000-Year Old Man record albums, the last of which won a Grammy.
Another crucial comedy from my youth that Reiner helmed was the 1977 film, OH, GOD!, which starred George Burns in the title role. In 2007, I wrote about the movie in this post:

Throughout the last seven decades, Reiner has appeared in tons of shows including Night Gallery, The Carol Burnett Show, The Larry Sanders Show, Mad About You (in which he reprised the character of Alan Brady, The Bernie Mac Show, Parks and Recreation, Family Guy (!), and many, many more, but my favorite has to be when he and Brooks showed up on Jerry Seinfeld’s Comedians in Cars Getting Coffee (available on Netflix).

The episode, very little of which takes place in a car, makes me feel like I have an inkling of what it’s like to hang with Brooks and Reiner as they dine on a feast of take-out food, tell ancient jokes, and discuss their quintessential canons – well, mostly Mel’s. 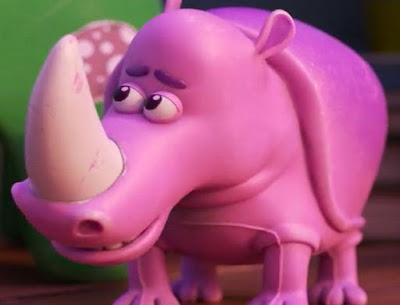 Along with the Grammy, Reiner won eleven Emmys, and was given the Mark Twain Prize for American Humor in 2000. Okay, now I feel like I’m just re-writing his Wikipedia entry so I’ll leave you with this compilation of three of Reiner’s appearances on Late Night with David Letterman in 1983 in which he was billed (most likely by himself) as
“one of the best talk show guests ever”*:
* There is a wealth of great clips of “one of the best talk show guests ever” on YouTube. It would be very easy, and not at all a waste of time, to fall far down the Reiner rabbit hole - take it from me.
R.I.P. Carl Reiner (1922-2020)
More later...