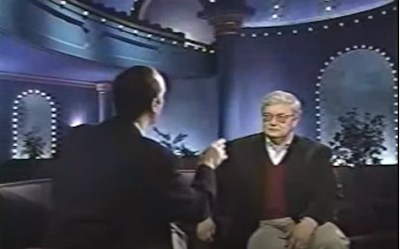 The legendary movie critics Roger Ebert, of the Chicago Sun Times, and Gene Siskel, of the Chicago Tribune, may be long gone (Siskel died in 1999; Ebert in 2013), but their legacy remains strong particularly among film geeks like me who still watch their old clips on YouTube.

Siskel & Ebert (this is the official order of their names according to law and/or PBS branding), disagreed on many, many movies but none was as hilariously divisive as Henry Winkler’s (that 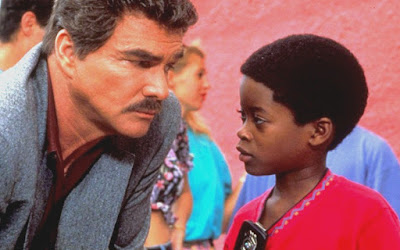 This family-friendly buddy cop flick, which paired a tired-looking Burt Reynolds as a Tampa detective paired with 8-year Norman D. Golden II, as a kid who witnessed a murder and wants to be made a cop so he can help solve the killing.

It was a wacky premise, and one that looked pretty crappy via TV spots and the poster, especially considering how dire Reynolds’ film career was at that point. Definitely not an appealing prospect for most movie-goers.

Then this happened: On April 3, 1993, the weekend that COP AND A HALF was released, Roger Ebert led off he and Siskel’s popular syndicated series At the Movies with his review of the film (watch the clip). Usually they show a few clips before airing their opinions, but before offering up some excerpts from the film, Ebert called it “entertaining.”

After the montage of clips was over, Ebert rendered his review: “COP AND A HALF is not any kind of a masterpiece, but on the other hand, it’s not dumb and not boring either. And a lot of the credit for that goes to little Norman D. Golden II, who is a natural actor, very bright and very funny.


But, credit must also be paid to big Burt Reynolds, who takes what might’ve been a thankless role and plays it just right here, finding the right balance between toughness and humor. This movie has the kind of chemistry between the grown-up world and a smart kid that I looked for and missed in ‘HOME ALONE 2.’ It’s amusing, it moves, and somewhat to my surprise, I liked it.”

Then with perfect timing, Siskel replied: “Wow-ee, where’s your big red suit and beard, Santa? You just gave them a gift.”

Following that great line, Siskel went on to say that Norman wasn’t “a particularly charismatic actor,” and that he didn’t think there “was any chemistry” between the two leads. Siskel ends his thumbs down segment saying of Ebert’s favorable review of COP AND A HALF, “I’m stunned, Roger.”


At the start of 1994, Siskel & Ebert aired their annual “Worst Movies” of the previous year round-up, and Siskel took the opportunity to again dump on COP AND A HALF. Siskel said that Reynolds performance “makes my skin crawl,” and concluded that “the only thing more unnerving than this picture is that my esteemed colleague, across the aisle, so wise, so often, is the only major film critic in America that actually recommended COP AND A HALF.”

Ebert responded: “Norman B. Golden was just wonderful in this film. Now, you have to admit it.”

Siskel then barked about the script, the money, and Burt Reynolds has done too many cop pictures.

“Maybe you got up on the wrong side of bed that morning,” Ebert postulates.

“As did the rest of America,” Siskel concludes.

Ebert then said that he doubted he was the only major film critic that liked the film, but later that year, on Late Night With David Letterman, he complained to the host that “Burt Reynolds always bad mouths both of us, and I gave COP AND A HALF a good review, and I’m the only critic in the world who liked that movie. And he goes on some talk show and says ‘Siskel and Ebert don’t like anything I do,’ and, you know, why did I go out on a limb for him?’” So it seemed Ebert had accepted by then that he was the movie’s only fan as a critic.

COP AND A HALF came up now and then on At the Movies, but the most notable occasion came during the duo’s review of John Woo’s 1996 action thriller BROKEN ARROW (watch it here).


After giving a lukewarm but positive review, Siskel does something he has never done before: he changes his mind on the film turning his thumb up to a thumb down. “I’m changing my opinion, now do me one…I know you’re amazed, do me one favor, look into the camera and say ‘I was wrong about COP AND A HALF - it wasn’t a very good movie.’” Ebert refused saying, “I won’t do that, I saw things in COP AND A HALF that I admire.” “That no one else did!” Siskel responded while laughing.

A half a week after this aired, Siskel & Ebert re-hashed this conversation on another of their many appearances on The Late Show with David Letterman. Siskel discussed his opinion change on BROKEN ARROW, then again needled Ebert: “Roger, do you want to change your vote on COP AND A HALF, with Burt Reynolds and a little boy, and, of course, Roger, being totally insecure, said ‘no, I don’t want to.’”

The spat was notorious enough that this quote was featured in obituaries of Ebert, after he passed in 2013: “Gene didn't like APOCALYPSE NOW, and I was appalled. I liked COP AND A HALF, and Gene was appalled.”

For his part, I can’t find a single interview in which Reynolds spoke of the film. It did little to slow his career decline, something even his acclaimed Oscar-nominated role in Paul Thomas Anderson’s BOOGIE NIGHTS failed to do (it didn’t help that he hated BOOGIE NIGHTS and would bad mouth it often). Reynolds passed in 2018, sadly leaving behind a legacy in which his many bad movies may be remembered better than his few good ones.

As I mentioned at the top of this post that Siskel & Ebert are no longer with us but there’s a wealth of their great stuff on YouTube: full episodes of their series from their original show on PBS to the syndicated At the Movies franchise, plus tons of talk show appearances. 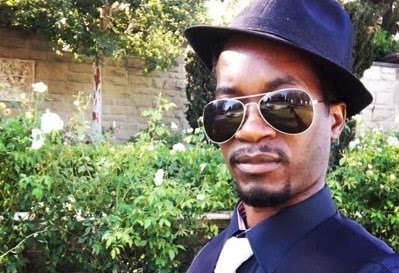 So that leaves the last leading player in the COP AND A HALF, the A HALF. Norman D. Golden II, who also goes by the name Enormus as a rapper, was asked in a 2014 for the site,
“Little White Lies,” about the criticism the film received back upon release in 1993: “Critics can be cruel but that’s what they get paid to do! I honestly wasn’t really exposed to much of what the critics were saying mostly because my parents did not want that to affect my creativity.”
After all of this critical hubbub, I must say that while was roundly panned by everyone except Ebert, COP AND A HALF was actually a mild success (largely due to a small budget) and even a quarter of a century later spawned a sequel entitled COP AND A HALF: NEW RECRUIT, starring Lou Diamond Phillips, and newcomer Lulu Wilson, which was rightfully ignored presumably because it was a direct-to-video release.
It seems fitting that part of Ebert’s legend is that he would often stick up for the little fluffy movies that could, even when everyone else thought they couldn’t. Siskel disliking APOCALYPSE NOW or some other well received film, just doesn’t have the same likable impact as Ebert’s going against the negative flow for such a silly forgettable kids-themed comedy. COP AND A HALF may be forgettable as a film, but this funny feud between Siskel & Ebert made it one of the most memorable movies they ever talked about in their 24-year career together.
More later...